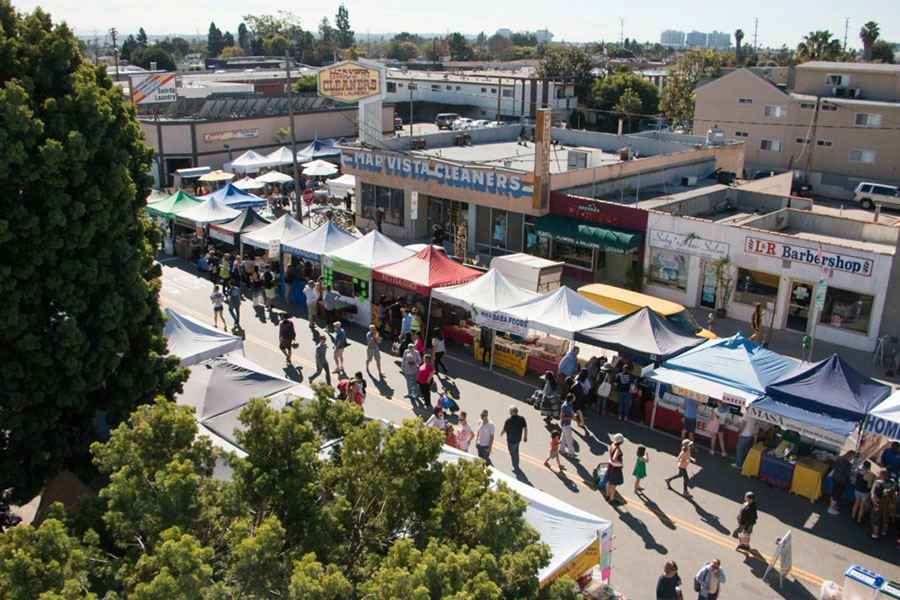 Mar Vista was called Ocean Park Heights from 1904 to 1924. Ocean Park Heights was developed along a rail line – the Venice Short Line from downtown Los Angeles to Venice Beach – built in 1902 (present-day Venice Boulevard). In 1927, Mar Vista became the 70th community to be annexed to Los Angeles. The neighborhood experienced massive growth in the 1950s through the 1970s. The area north of Venice Boulevard was filled in with suburban single-family development, including many surviving examples of mid-century modern residential architecture along with Beethoven, Meier, and Moore street. These developments were originally built as basic, low-cost homes in a relatively far-flung region of the city. But as the surrounding areas of Western Los Angeles have developed into major business and tourism centers, property values rapidly increased to the point where, as of 2020, older homes marketed as tear-downs regularly sell for over $1 million. In 2006, the city designated Mar Vista as an official neighborhood and installed signage.